Heinricher Racing has assembled a group of drivers combining experience, race knowledge and speed on the track—a strong combination as we compete for the IMSA WeatherTech SportsCar Championship. 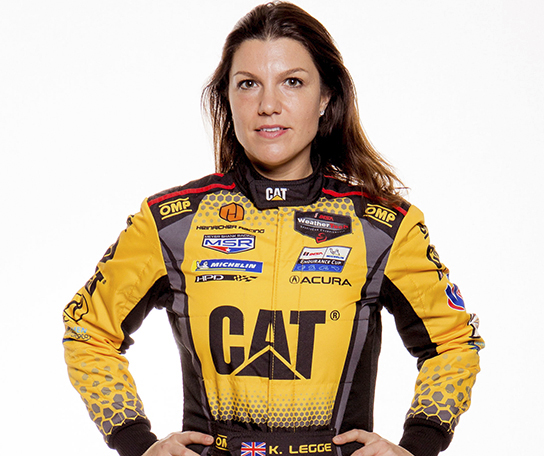 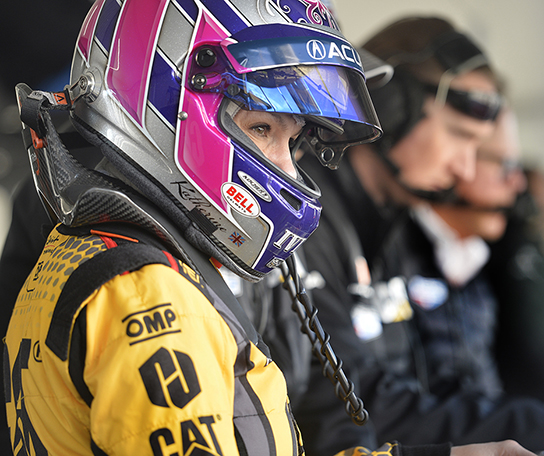 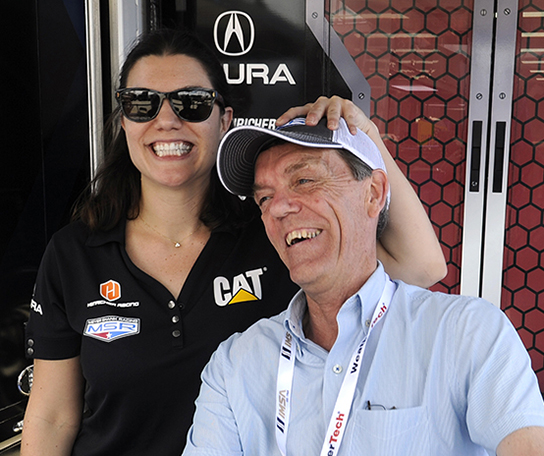 A native of Guildford, England, Katherine began her racing career in karting at age 7. Over the past two decades, she’s competed in the Champ Car World Series, DTM, IndyCar, American Le Mans, IMSA Tudor United SportsCar Championship and IMSA WeatherTech Championship, just to name a few. She’s won three championships, six races and 15 podiums and even drove the innovative DeltaWing. When she’s not at the track, Katherine enjoys staying active and speaking to girls about careers in science, technology, engineering and math. 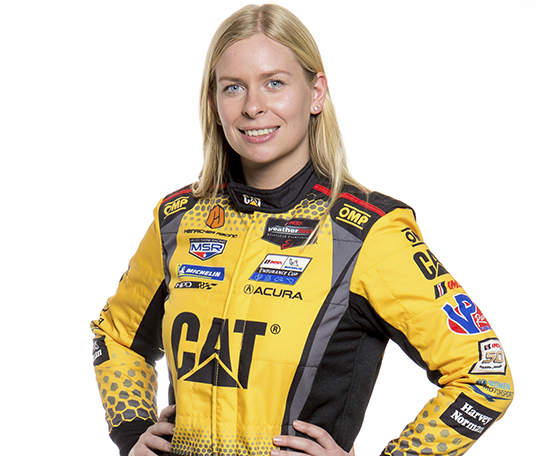 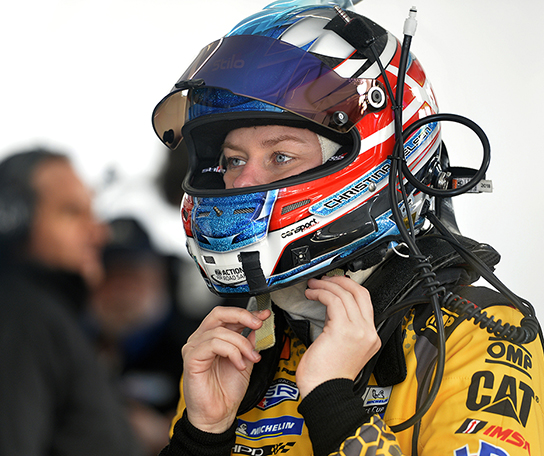 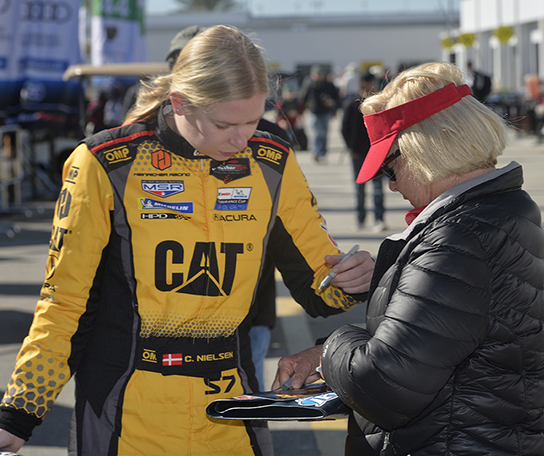 The daughter of a professional racecar driver, Lars-Erik Nielsen, Christina got her start in go-karting at age 13. That kicked off a career that’s led the native of Horsholm, Denmark, to multiple high-profile series and more than 40 racetracks around the world. She was the first woman to win a major, full-season professional sports car championship in North America and owns nearly 50 podium finishes. Off the track, Christina recently co-founded “Accelerating Change,” an organization that celebrates women in the automotive industry. 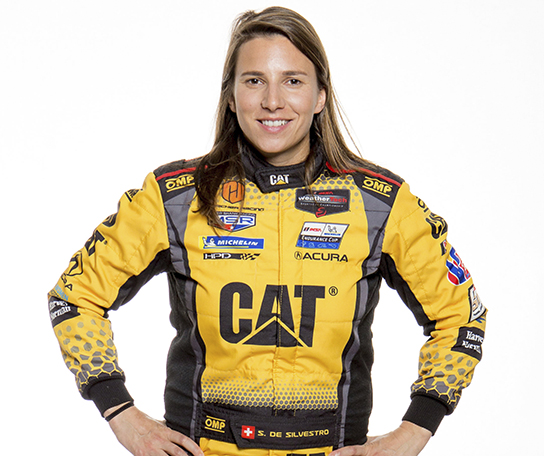 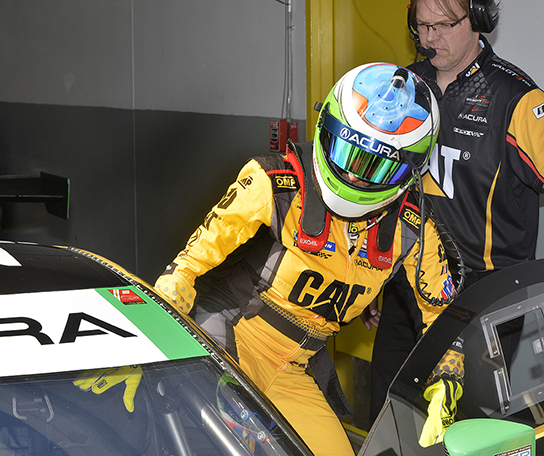 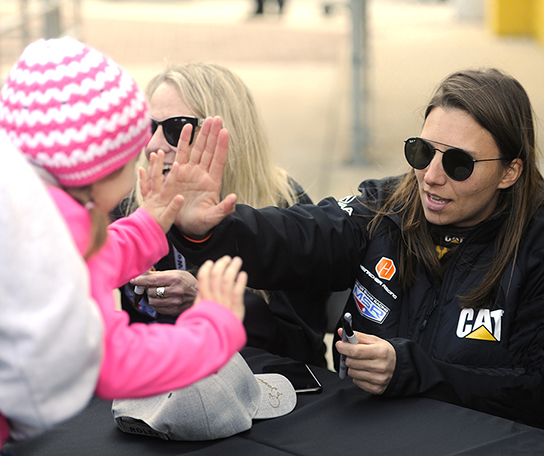 Simona was born in Switzerland and now calls Australia home. She started her racing career in the Toyota Atlantics series, made her IndyCar debut in 2010 and won the Indianapolis 500 Rookie of the Year Award as well as the Tony Renna Rising Star Award that same year. She’s competed in the Indianapolis 500 five times and the Bathurst 1000 four times. She’s also raced the Formula E series and Australian Super Cars Championship. When she’s not racing, Simona likes to golf, play tennis, listen to music and stay active. 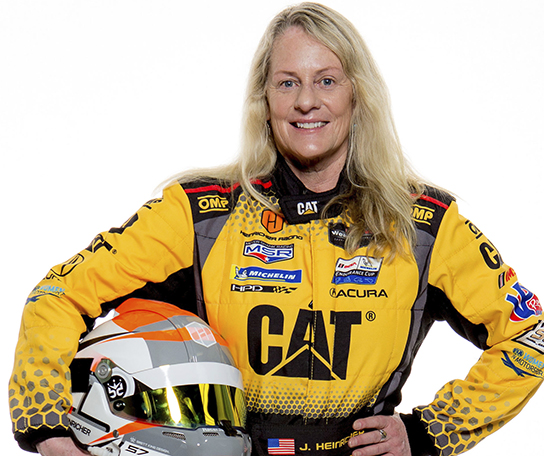 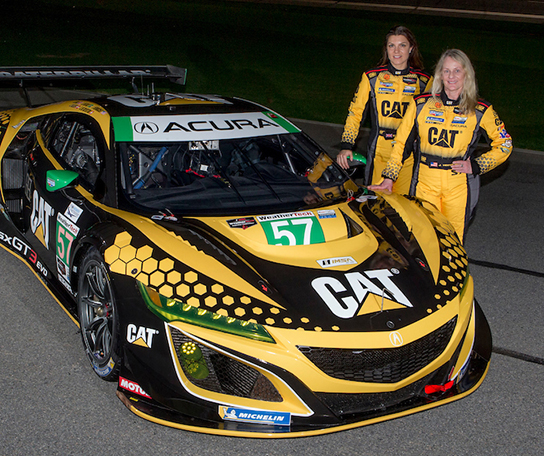 Jackie is the visionary behind Heinricher Racing and the all-female race team. On the track, her career achievements speak for themselves. Off the track, her passion for change has attracted the support of major sponsors Caterpillar and ExxonMobil—making this championship effort possible. When Jackie isn’t at the racetrack, she’s a scientist and the CEO of Booshoot Technology, a leading biotech firm. 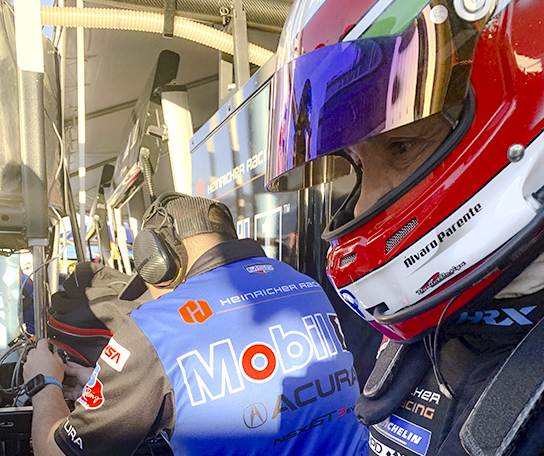 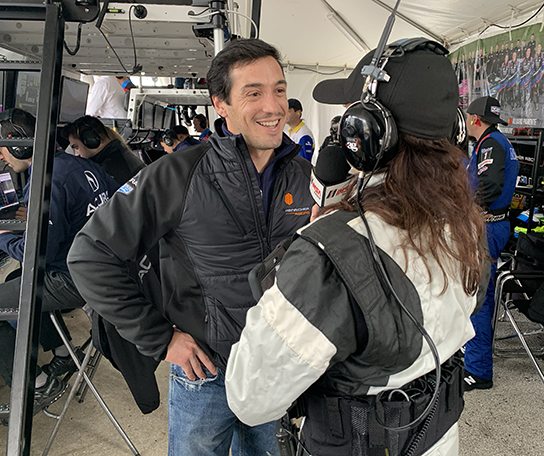 Alvaro was born in Portugal and still calls his birthplace, the city of Porto, home. He joins Heinricher Racing and Meyer Shank Racing (MSR) for the 2020 season after competing with MSR in 2018 and 2017, when he was part of MSR’s run to the Rolex 24 At Daytona podium. Also in 2017, he scored three more podium finishes as well as a win at WeatherTech Raceway Laguna Seca. Parente has previously competed in the 24 Hours of Le Mans. 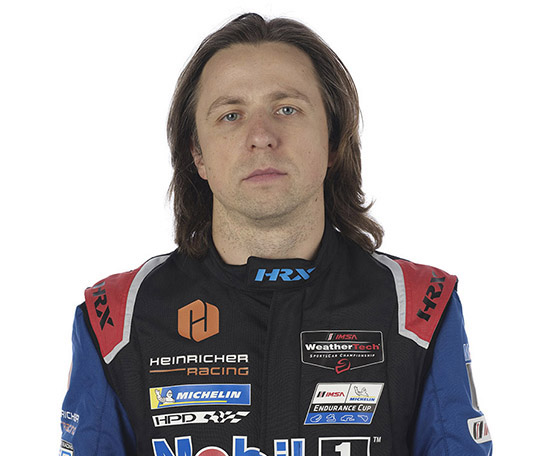 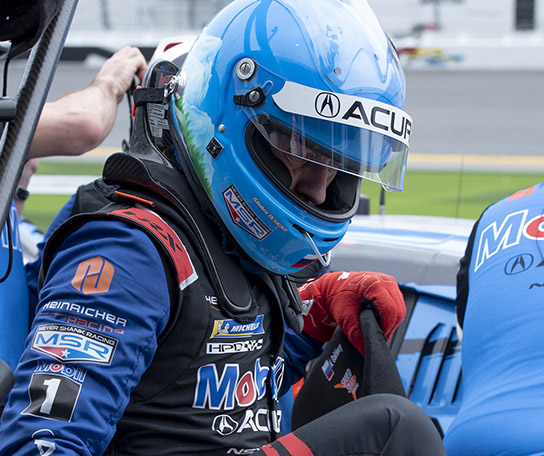 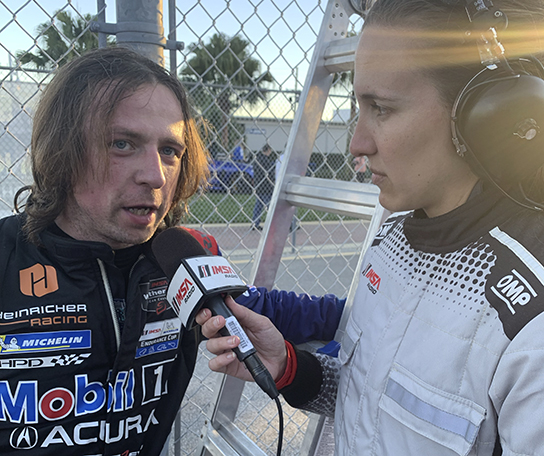 A native of Russia who now resides in Canada, Misha is making his GT debut with Heinricher Racing in 2020. He’s raced in the IMSA Prototype category for the past five seasons and is a two-time champion in Protoype Lites. In 2018, Misha claimed victory at Sahlen’s Six Hours of The Glen, and in 2016, he won at both Daytona International Speedway and Long Beach, made the podium at the Motul Petit Le Mans and finished third in the Prototype Challenge championship. 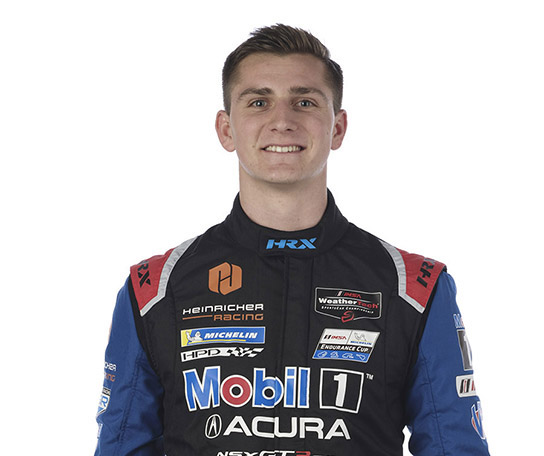 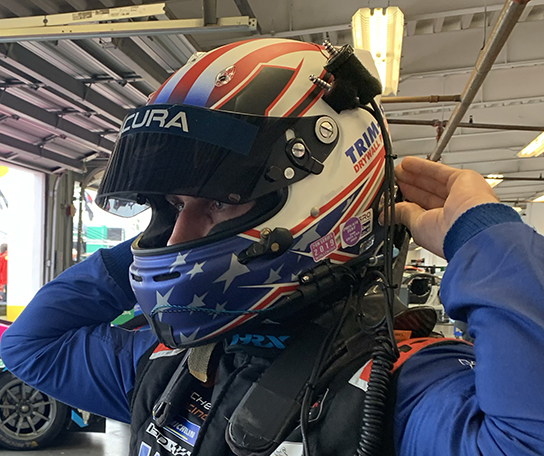 Born in New Jersey, Trent still calls the Garden State home. He takes on IMSA Michelin Endurance Cup duties for Heinricher Racing in 2020 after clinching the 2019 GTD Series championship for Meyer Shank Racing (MSR). During that championship season, Trent scored a big win at Sahlen’s Six Hours of The Glen and finished on the podium four additional times. 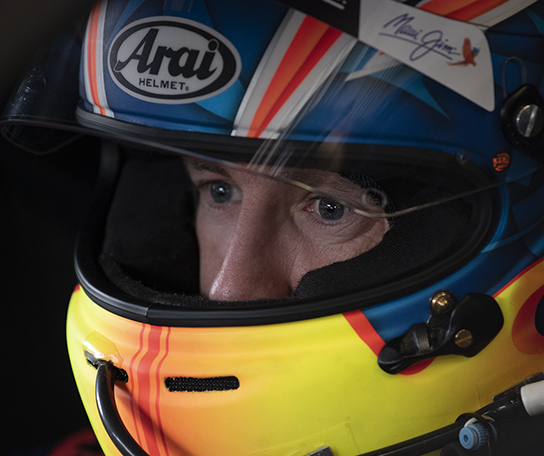 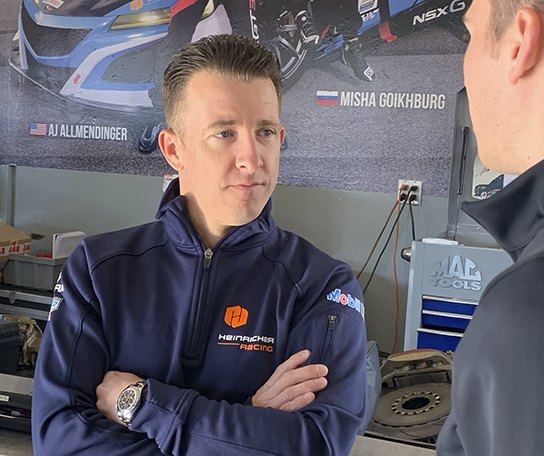 AJ is a California native who now calls North Carolina home. He joins the Heinricher Racing team for the 2020 Rolex 24 At Daytona — a race in which his performance is legendary. In more than a dozen previous outings there, he’s led laps in every race and drove to a big win in 2012 for Meyer Shank Racing (MSR). He finished on the podium in his first-ever entry to the event in 2006, drove to a third-place finish in 2013 and most recently claimed second in the GTD standings in the 2018 edition of the race.